How to update Snapchat 2021

Snapchat is constantly rolling out all sorts of cool and awesome new features to make the app even more fun to use. If you want to be among the first to use these new features, you must know how to up date Snapchat on your device when a new version of the app is available. 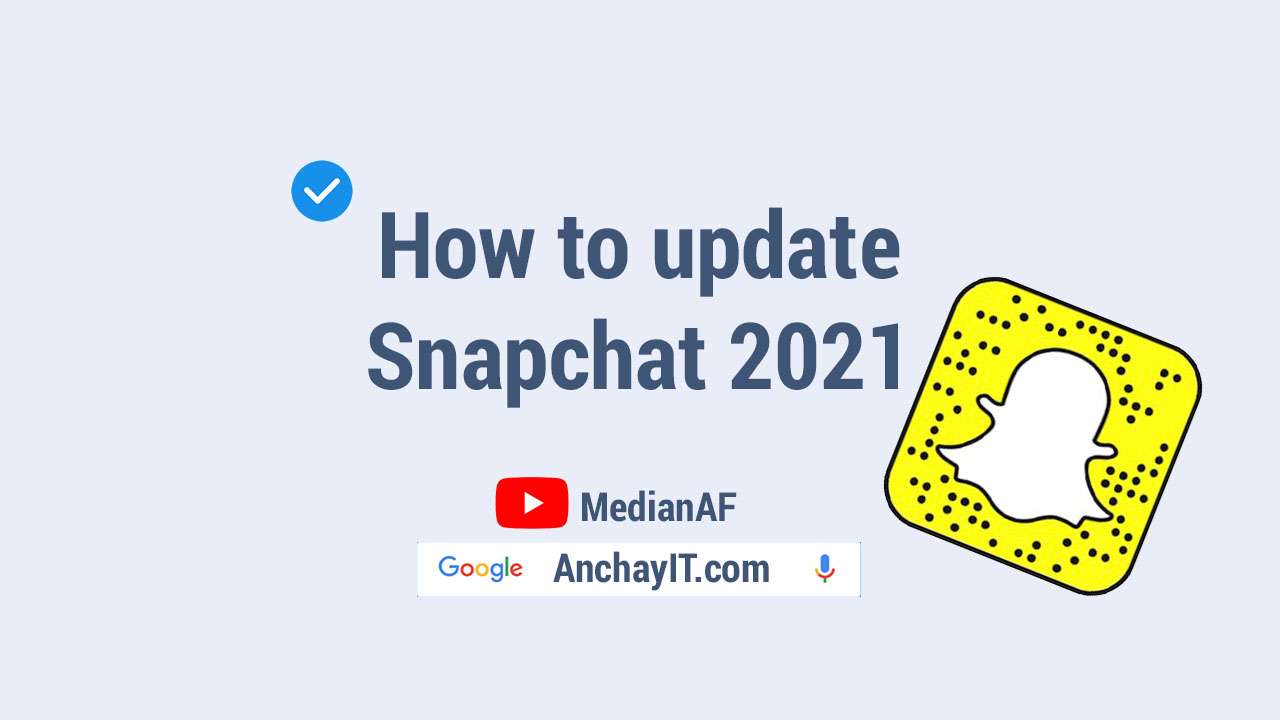 Both Android and iOS devices running the latest operating systems have automatic app updates built right into them, so you don't have to worry about manually updating your apps. Even so, some people choose to turn off automatic updates, and even if they don't, apps aren't always updated as soon as their new version becomes available.
Here's how to update your Snapchat app when a new version is available.
These instructions apply to iOS and Android devices regardless of Snapchat version.

Snapchat updates are available through the Apple App Store for iPhone and iPad and through the Play Store for Android devices. Here's how to update iOS apps:
#1. Open the App Store app on your phone or tablet by tapping the app. Make sure you are connected to the Internet.
#2. Use Updates at the bottom to find the Snapchat update button. If you don't see the Updates tab, tap the profile icon.
#3. Tap Update next to Snapchat to update the app.
The Update label will turn into an animated progress circle. After a few seconds to a few minutes (depending on your connection), you should be able to open a new instance of the app to start using it.

The steps to update Snapchat are slightly different on Android, but very easy.
#1. Start Play Store app by tapping it.
#2. Tap the Menu at the top left of the app.
#3. Select My Apps and Games from the list.
#4. From the Update at the top, find Snapchat in the list of updates.
#5. If a Snapchat update is available, you can tap Update to get it.

Get notified about the latest Snapchat updates

Aside from checking the App Store or Play Store regularly for updates, it can be a bit difficult to know exactly when a new version of Snapchat will be available.
Since there are so many blogs out there that cover tech and news stories - including important app updates - as soon as they're relevant, paying attention to these stories can help you stay informed. when is a new Snapchat update and what new changes can you expect from it.

Set up Google Alerts for Snapchat

One of the best ways to get news about Snapchat updates almost immediately after they've been reported and picked up by Google is to set up alerts with Google Alerts. You can use "snapchat update" as the term for your alert.
To be notified as soon as there is any news about a Snapchat update, click Show preferences in your app to bring up a drop-down menu where you can set the How long option to As-it- happening. Create an alert and you'll be notified via email as soon as Google receives anything related to a Snapchat update.

Use IFTTT Reminders to get Snapchat Updates

If you have an Android device, you can even take it a step further by using IFTTT to text you any time you receive a new email from Google Alerts.
You can create a recipe to email you if a Snapchat update is found on the App Store (for iPhone and iPad). This is the best way to check for updates using IFTTT. The Play Store and Google Alerts don't support triggers, but chances are an App Store update will mean an update on the Play Store as well.
In this case you can set the theme as "snapchat update" or "google alert". While the email you receive through Google Alerts could be for stories from previous Snapchat updates or maybe even predictions about future app updates, it's still a good practice. to get information.