What is Blue moon meaning?

The blue moon will appear in the night sky on August 22, which is also the full moon day of the seventh lunar month in Asian countries. 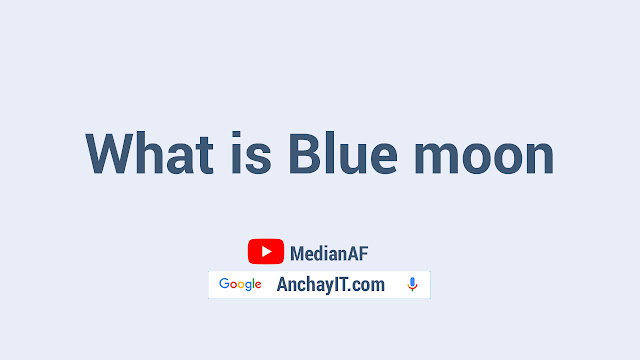 According to information from NASA, the night sky on August 22 - the full moon night of the 7th lunar month in Asian countries - will welcome an interesting lunar phenomenon known as the "blue moon".
However, the name blue moon does not mean that the Moon will emit light with a blue tint, instead it appears with the familiar image as we still see.
In the past, there have been cases of unusual atmospheres that make the Moon and the Sun appear bluish, due to volcanic ash (which happened after the eruption of the Krakatoa volcano in March 1883) or Wildfire smoke (the Western Canada fire in September 1950) is released into the atmosphere.
As explained by Space.com, the way to call the blue moon comes from two definitions of this phenomenon.
An article in the March issue of Sky and Telescope magazine explains that the term Blue Moon is used to refer to the third full moon in a season with four full moons. In this case, the blue moon is seasonal and occurs only once every 2.5 years.
Later, the blue moon was redefined as the second full moon in a calendar month and this interpretation was widely accepted.
According to this calculation, the full moons are about 29.5 days apart, so there can be 2 full moons with months of 30 or 31 days long. This also means that February will never have a blue moon.