A film inspired by the graduation short film The Sea Of Tranquility by director Choi Hann Gyong, The Silent Sea is also the first science fiction TV

Korea has always been a pioneer in the field of Asian films, constantly trying and succeeding with many different genres of films. But they have always struggled with the sci-fi genre, which not only Korea but also Asian cinema is afraid of. If at the beginning of this year, Korea just lulled the world to sleep with the movie Space Sweepers, which was 2 hours long and extremely bland, then at the present time, The Silent Sea is like hope, saving the honor of Korea. in this series. 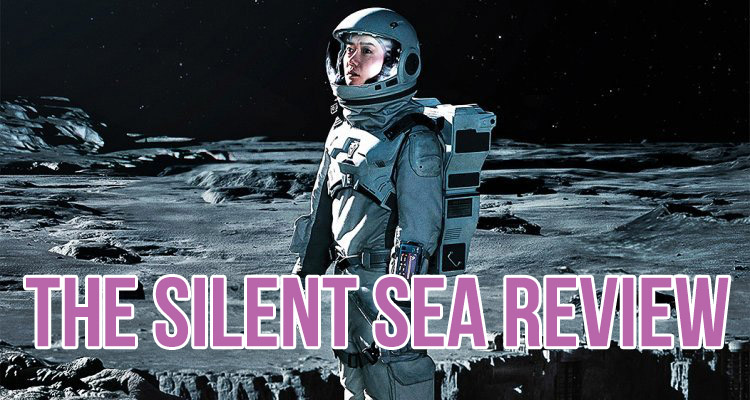 The film follows scientists Song Ji An (Bae Doona) and Han Yoon Jae (Gong Yoo) - who are chosen to lead a team with a mission to the moon, to the abandoned Balhae research station for 5 years. to collect the remaining specimens. None of them know what these specimens are or what danger awaits them, only that this is the place where 117 researchers died five years ago due to radioactive contamination. Both characters have personal reasons for doing the quest, and like Squid Game, even Hellbound, their reasons are heavily Korean-drama-TV: for family. Of course, the family reason is too noble and nothing to criticize, but this movie's motif is too old. Not to mention the stories of Ji An's past flashbacks or the problems that Yoon Jae encountered were not enough to create a climax leading to the character's actions.
The Silent Sea is a very ambitious scenario when in episode 1, the film led the audience to a context not too far away, when people had to live in a world called the near apocalypse. This kind of "world" actually appeared a lot in European-American fiction films, when people had to face serious problems related to the destruction of humanity, and in The Silent Sea. , what people have to deal with is a serious water shortage. In this world, people are hierarchical with water cards, the division in society is also formed and is becoming more and more acute. This is an interesting story, hitting the audience's psychology, although the problem of water scarcity is not so common right now. Unfortunately, this story has no layers, is not deeply exploited, only shown through a few monotonous images. The relationship between the environment and humans plays a key role in Yoon Jae's team having to go to the moon on a mission that has a 10% chance of survival but it is described mainly through the lines. This leads to the first episode of The Silent Sea being quite rambling, even lulling the audience. Not to say that the movie is boring, but if a work cannot make an impression in the first 30 minutes, it is a work that is difficult to keep the audience.
The problem The Silent Sea has is that it is a "very Korean" story, when the film is too heavy on dialogue even though this is not really necessary for a work of the sci-fi genre. This is what once made Squid Game controversial because of its rambling lines and philosophies that made it not like a model survival movie. However, the good thing is that The Silent Sea is unlike previous Korean original series on Netflix, it does not delve too deeply into the philosophical issue. Thanks to that, the stories of the astronauts became more fluent, the audience only needed to focus on what they were doing in the abandoned laboratory, without spending too much time explaining the meaning behind the stories. detail.
Another detail that makes The Silent Sea very Korean when it comes to promoting femininity in its story. This is something that most previous Korean original series on Netflix cannot do (except My Name, which is a movie with a female protagonist). If Squid Game once caused controversy about feminism, treating women as tools for men, then The Silent Sea will not have the same unfortunate problem. Korean dramas over the past few years (not under Netflix) have emphasized women's stories a lot and although perhaps not intentionally, The Silent Sea has also done it well. Although of course at the end of the film, the closing details all still honor a heroic man.

But not enough “sci-fi”

Similar to many other films of the same genre, The Silent Sea is fine when it comes to keeping the film circuit consistent, fast, fast, and sensational enough. The horror elements interwoven in the whole film also make the audience feel more excited in the second half. However, one of the selling points of Korean films is the emotional line, but applying that in a very balanced way to sci-fi movies, The Silent Sea team has not been able to do it.
The sci-fi ideas that The Silent Sea attempted to explore had to give way to the emotionally charged conclusions of the characters. If Space Sweepers earlier this year had a boring script, but at least satisfied the audience with images of outer space, where most audiences have never seen it with their own eyes, what happens? in The Silent Sea is mainly encapsulated in a closed context. The characters must find out the mystery, have to fight and fight for life in the Balhae research station, where nothing but the protective suit makes the audience feel like space. The closed setting creates oppression and sometimes it is more like a survival movie than an outer space setting. The characters have to fight for life in a closed space and do not know what danger awaits them in front of them.
The good news is that the effects and sound in the film are quite good, although not excellent, it is worth it for Korea to look forward to the future of space exploration movies. However, the film overuses the dark scenes, the right Asian horror film, although sometimes that darkness is not really necessary.

The cast is ok but the characters are not

Of course, there is nothing to criticize this cast, so commenting on the acting seems quite redundant in the case of The Silent Sea. Unfortunately, the characters in the movie are built in a rather boring way. The film has very few characters, however, apart from the main couple, the rest of the characters are built quite faintly, it will even be difficult for the audience to be able to name the characters in the movie besides the little girl Luna - A very impressive name. Even actor Kim Sun Young, who appears throughout the drama, is probably only remembered because "hey she's a Reply 1988 actress". In the case of actor Lee Joon, he almost fell into oblivion by the audience until his character "does something" at the end of the movie (we apologize for not spoiling the content). ).
Not disparaging the acting of the whole cast, but it can be seen that the characters' personalities are not really outstanding, not to mention some are very bland, making it difficult for the audience to distinguish the role of the actors. surname. Even Gong Yoo's character is not interesting enough, it is even a character that is too safe for the iconic actor of Korean cinema. Compared to Train To Busan or Goblin, this role does not help Gong Yoo show his full ability and he is much inferior to Bae Donna.
Rating: 3.5/5 Stars
Admittedly, of course, The Silent Sea is a commendable Korean attempt at approaching a highly challenging subject. It would be a fitting Korean movie, engaging enough if the audience wasn't a staunch sci-fi fan.
The Silent Sea has now released the full series on Netflix.