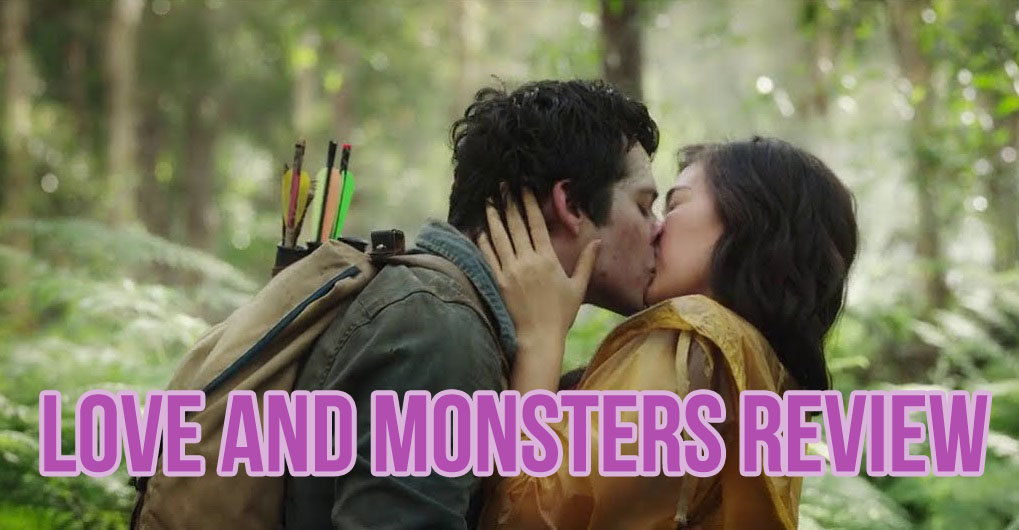 Note: The article may reveal the movie content.
The apocalypse has come! That's what happened in the movie Love and Monsters. An asteroid is about to hit the Earth, humanity launches rockets to destroy it, and succeeds. But as if fate had decided, the end of the world didn't come one way, it had to come another way.
The chemicals used to make rockets follow the explosion that falls to the ground like rain and changes cold-blooded animals. They suddenly turned giant and easily ate humans. In the past to kill a cockroach, one only needed a shoe, but now it sometimes takes a tank and it can still do nothing.
"Don't settle down, even if it's the end of the world!"
In the midst of a post-apocalyptic setting, the main character Joel Dawson is certainly not the typical hero. Lovely but inexperienced, he has absolutely no survival skills. The crossbow shooting technique was almost hopeless, the direction was poor, and if the problem was serious, he was so scared that he froze his mind and hands.
Mutant cold-blooded animals abound on the earth, so to be safe Joel lived in a cellar with a few other survivors, for seven years. But an out-and-out Joel decides to leave that safe place to set out to meet his high school girlfriend.
That stormy trip forged Joel. It's true that what doesn't kill you makes you stronger. In the end, he was a braver, wiser, more capable person, knowing when to flee and when to fight.
People are not born to be lonely
Love and Monsters paints a post-apocalyptic world, but it's honestly too cute. The film has overcome the typical gloom of films in the same setting. Joel brings humor and joy but at the same time brings the pain of loss, loneliness in the world now so lonely. The disaster caused Joel, like many others, to lose loved ones and friends, and had to live huddled in underground basements for many long years.
The old world is gone, and part of Joel's life is gone as well. Joel now has to live in the cellar, when he comes out, he only stumbles, falls again, falls forever. 7 days wandering on the ground is dozens of times nearly lost his life. But the fool has the blessing of the fool, Joel received unexpected help when he needed it most.
It was a dog that still had its previous owner's dress. A robot with artificial intelligence. The brave, seasoned "survivor" Clyde and the sharp 8-year-old Minnow. They all taught Joel the knowledge of the new world, trained him in skills, talked to ease his loneliness, and most helpfully - gave a grenade to the most difficult beast in an emergency. .
Love and Monsters emphasizes the human need for connection, questioning how far one will go to find it, despite the dangers that may exist along the way. Because we were not made to be alone.
You always have some talent to amaze the world
Joel is always left behind by his siblings when he goes out in search of food, because Joel can not only endanger himself but also his teammates with negative survival skills. Joel's talent is drawing, he has been drawing for the past seven years. But what use is drawing in a post-apocalyptic world? So there it is!
Joel drew the monsters he encountered, the strange plants, added captions such as features, features... In the end, the picture book became a useful survival manual for everyone. They can tell which monsters are dangerous, which ones can be friends, which plants are edible, which fruits are poisonous… Joel may not be the usual "hero", but he has become one. who inspires everyone to live happily in the apocalypse.
Love can change, but it can also come back
Seven years have passed since the disaster, Joel is 24 years old this year, but he still misses his girlfriend Aimee - who is in another bunker. Joel maintains contact with Aimee over the radio, and then one day decides to go see Aimee even though it's not safe. If the world is already the end of the world, why do we have to live without love?
Before starting the trip, Joel should have asked Aimee, "I'm here to see you, are you as excited as I am?". Because seven years have passed, everyone is different, even Aimee.
But it's also hard to blame Joel for being so naive and romantic. When tragedy strikes, Joel is just a teenager and Aimee is Joel's sweet (and only) first love. Joel's apocalyptic social relationships are too poor, only a cow and a robot that is no longer working, everyone else has a couple.
Time has changed, the world has changed, of course Aimee and her love are also different. After getting over his initial feelings of frustration, Joel understood that it was what had to happen, and that the daring journey was worth it in the end. And as Joel matures, that's when love returns.
#Movie Reviews