-->
Home
Meaning
What is nonbinary?

Nonbinary also known as Non-binary is a spectrum of gender identities that are not strictly male or female, only those genders that fall outside the gender binary system. Nonbinary people can be considered transgender, because they perceive themselves as having a gender that is not identical with the gender they were assigned to after birth. Nonbinary people may see themselves as having two or more precepts (e.g. Dual or Triple Realm); there is no gender, like Agender or Neutrois; or rotate between different genders, such as Genderfluid; or the 3rd Precept (the precepts of different cultures, like the Two-Spirit of the Native Americans, or the Hijra of the Indians,...) or other
Nonbinary are those who feel they do not belong on the spectrum of male-female dualism. They see themselves as neither male nor female. They see themselves as a different gender.
What is Genderqueer?
Many people often confuse gender Nonbinary with Genderqueer. However, these two concepts are different.
Genderqueer is gender diversity. Genderqueer are people whose perception of their gender is very… flexible, diverse.
One fine day, they wake up feeling like a boy, one day it rains and they can see themselves as a girl dreaming by the window.
On a rainy day, they can see that they are neither male nor female. There may also be times when wandering around without rain or sunshine, they find themselves somewhere between both women and men like the blue sky without sunshine in front of them.
Gender diversity also means: gender identities and expressions that do not conform to conventional gender norms. The term Gender Diversity has been used for at least 10 years before Nonbinary Gender.

International Nonbinary People's Day is celebrated on July 14 every year. 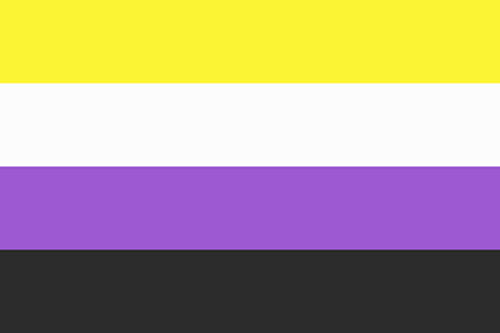