Hidden apps on Android phones aren't usually something to worry about, but when it comes to managing a child, daughter or student's device
Very few people prominently display every app they use on the front home screen of their Android smartphone or tablet. Sometimes apps are moved to help clean up the home screen while other times they may need to be hidden due to embarrassing subject matter. Hidden apps on Android phones aren't usually something to worry about, but when it comes to managing a child, daughter or student's device, it's important to know what apps they have installed and how they use them.
Here's the easiest and most efficient way to find hidden apps on your Android tablet or phone.

Like most smartphones and tablets, Android devices have a main screen that extends horizontally beyond what you can see the first time you turn it on. This other part of the home screen is used by many users to sort apps and widgets into groups and also hide certain apps from prying eyes.
To see all parts of the home screen on an Android device, just swipe your finger from right to left.
Another basic way to hide apps on Android is to place them in a folder. Folders are visible on the main screen and look like a collection of four small app icons. Just tap on a folder to open it and view the apps.

How to Find Hidden Apps in App Drawer

Viewing apps on the Android home screen is a good start but it still won't show you every app installed on the Android device. To see the full list of installed apps, you have to open the app drawer by tapping the icon at the bottom center of the screen which looks like a circle with six dots in it.
After tapping this icon, a complete list will appear with all the installed apps sorted alphabetically. This will show you most of the apps on the Android device but there may still be some that are hidden. To show these hidden apps, do the following. 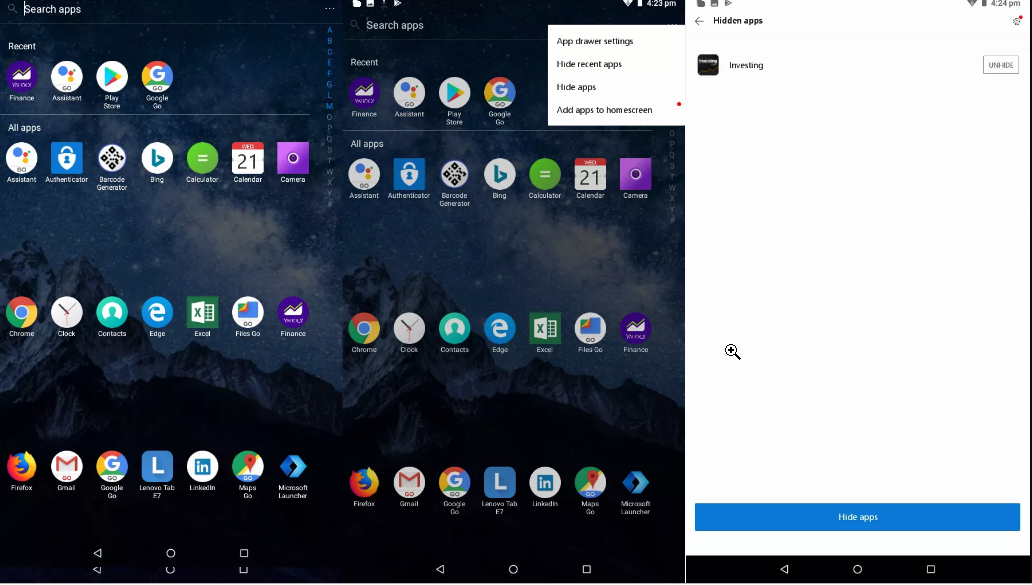 How to Find Hidden Apps in Settings

The full list of apps can also be accessed from within the Settings app. The Settings app can be opened by tapping on its icon which looks like a gear. From within Settings, tap Apps & notifications then See all apps. 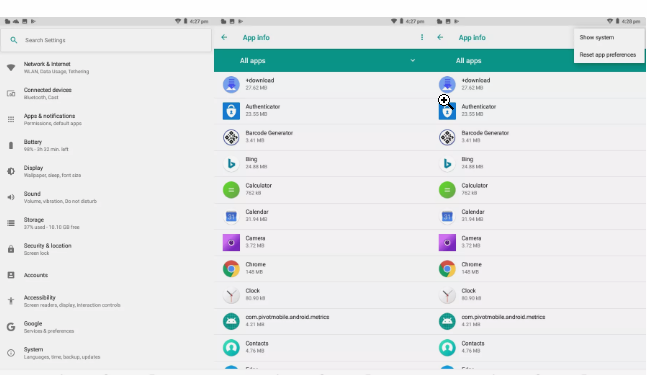 Unfortunately, just looking at the app's icon and name may not be enough to know what's really going on with your Android phone or tablet as there are plenty of apps in the Google Play app store that look like one type of app but are designed to hide images, videos and other data.
One of the most popular examples is the Smart Hide Calculator app which looks, and even functions, like a basic calculator app but is actually a file storage app. The calculator UI is fully functional but, when the user types in his PIN code, it unlocks and reveals its true purpose.
To double-check the true identity of each Android app, do the following. 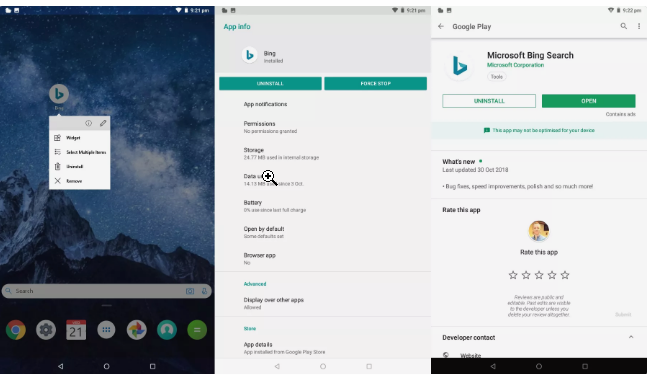 More and more companies are adding full app functionality to their websites which means that users no longer have to download and install apps to access them. Instagram is one example of a functional web application that can be used in web browsers such as Chrome, Edge, or Firefox. Tinder is another.
To check if a user has accessed a particular site, you can open the web browser app on their Android smartphone or tablet and check their browser history. Browser history can be deleted in most browsers, so it's not a foolproof way to find out which websites you have visited.
#How to

5 things not to do to effectively fight skin aging